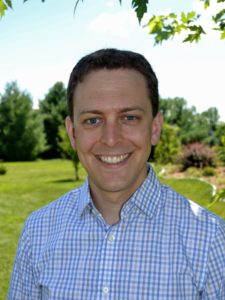 Dr. Saz is a Wisconsin native, born and raised in Chippewa Falls, about 180 miles west of Appleton, WI. He has enjoyed playing with all the phases of matter since he was small, and went on to pursue that interest in college at the University of Wisconsin – Madison. There, he had his first forays into research chemistry, working in the group of Shannon Stahl on ligand development for asymmetric catalysts.

After graduating from UW , Graham headed further in the inorganic chemistry direction, getting his PhD from Harvard University as a member of Theodore Betley’s group. There, he developed an understanding of the electronic structure of iron complexes of pyrrole-based ligands, with implications for the fields of catalysis and redox-active ligands. After five fantastic years working with Prof. Betley, Graham put his things in a canoe and floated them down the Charles River. He unloaded the canoe at MIT, where he found a position in the lab of Prof. Timothy Swager as a Ruth L. Kirschstein NIH NRSA Postdoctoral Fellow. There, he designed and synthesized stable organic radicals for use in Dynamic Nuclear Polarization NMR experiments and in the field of organic materials chemistry more broadly.

He began teaching and leading undergradute research at Lawrence University in 2016. He lives in Hortonville, WI, with his wife, son, cat and four chickens.